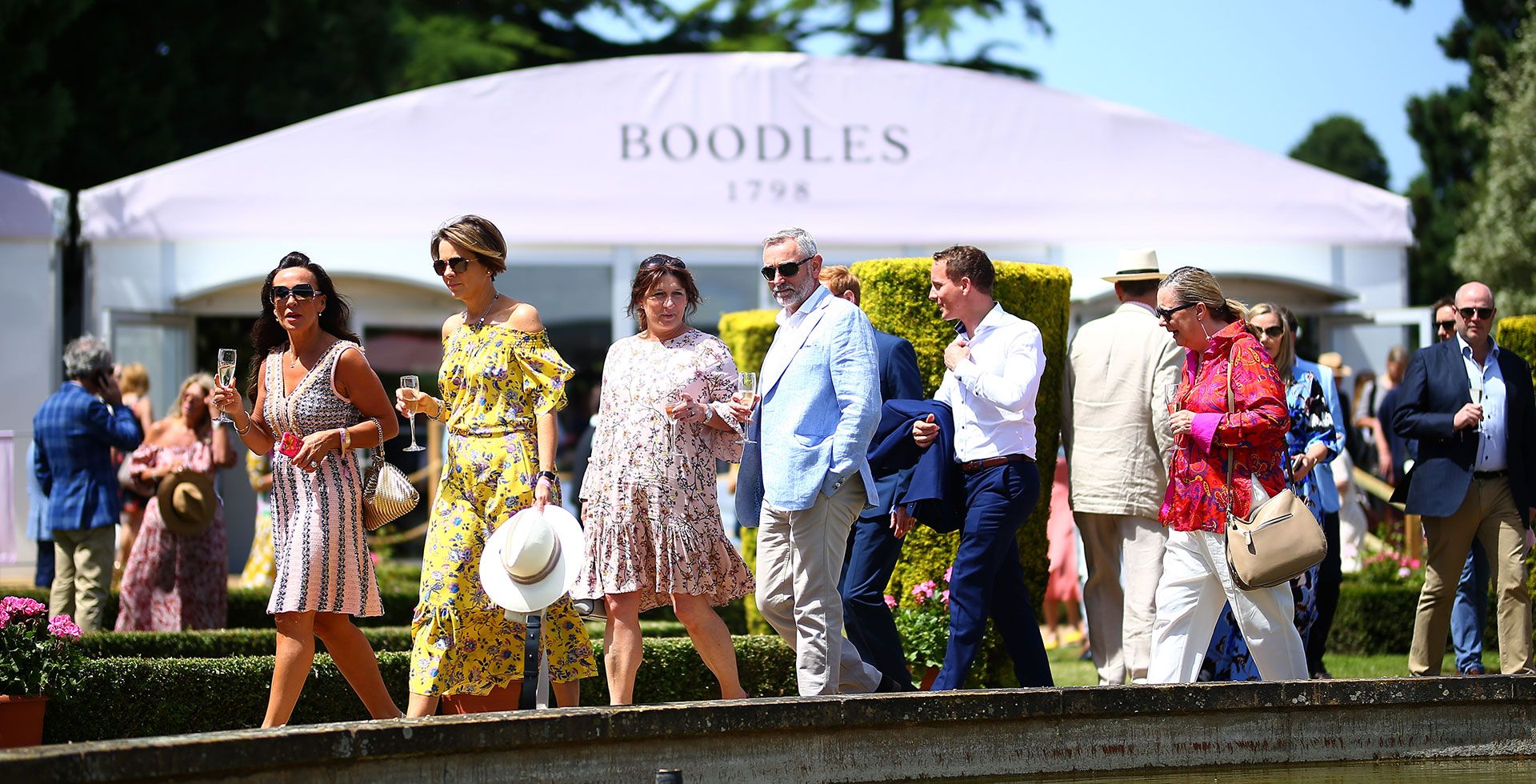 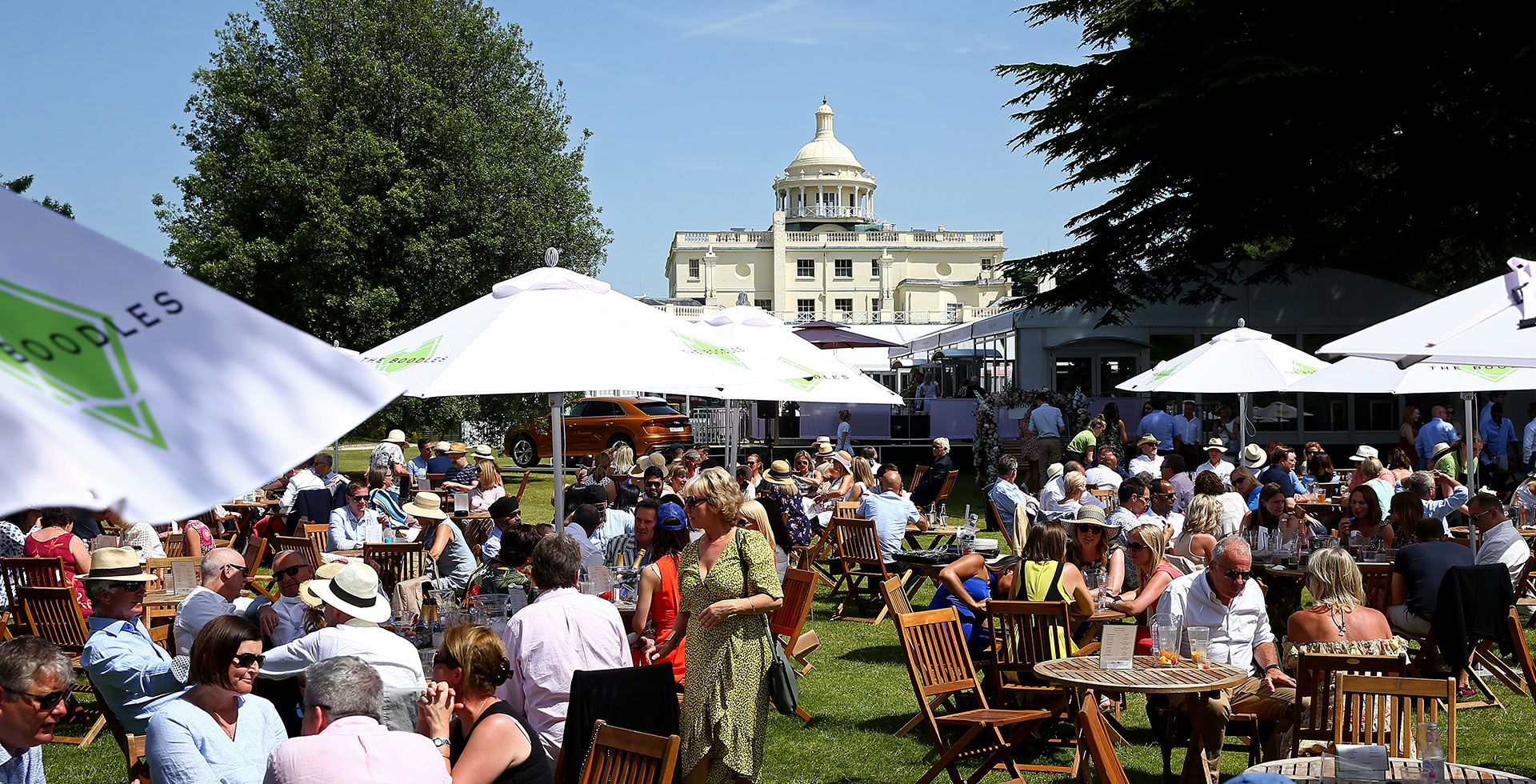 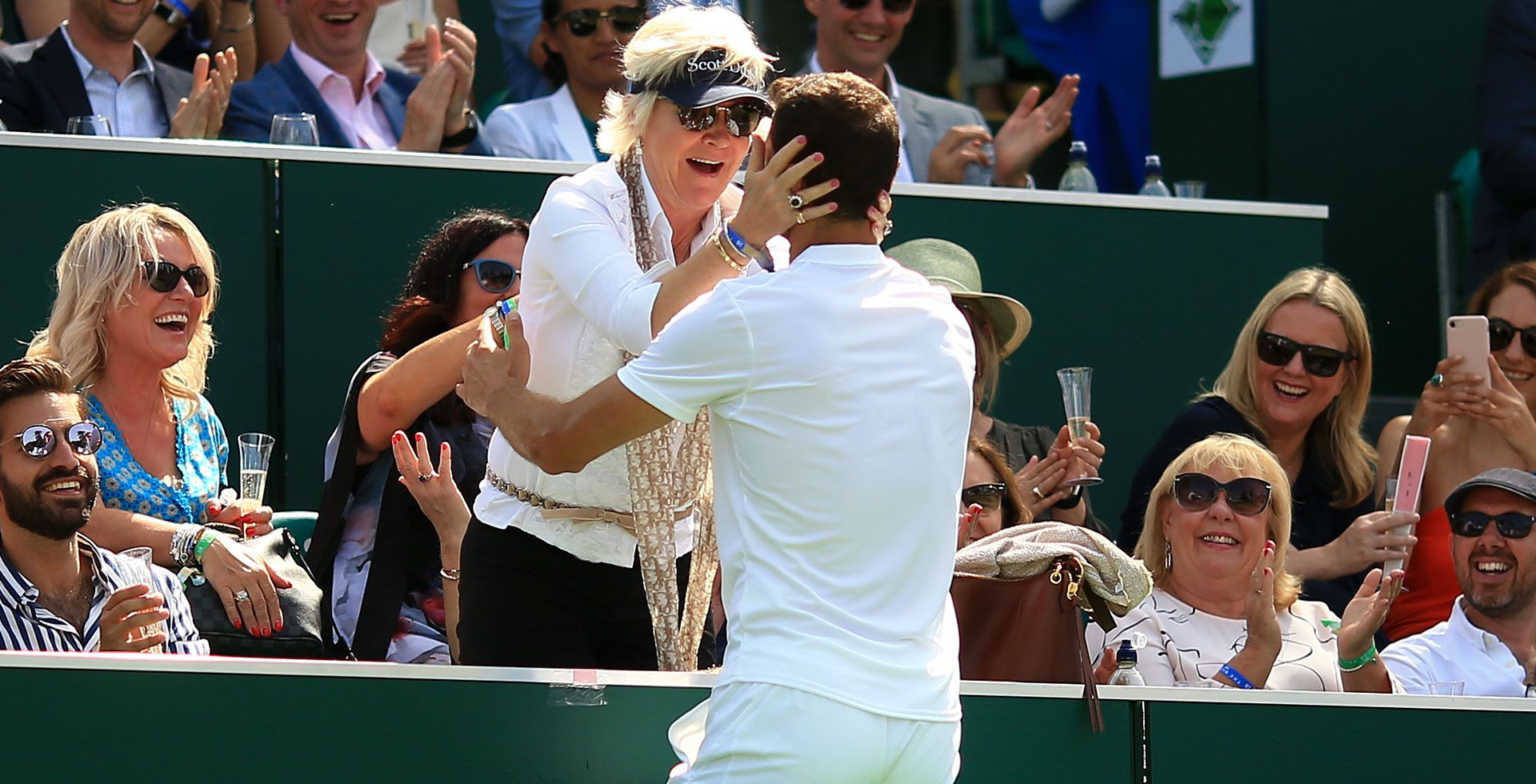 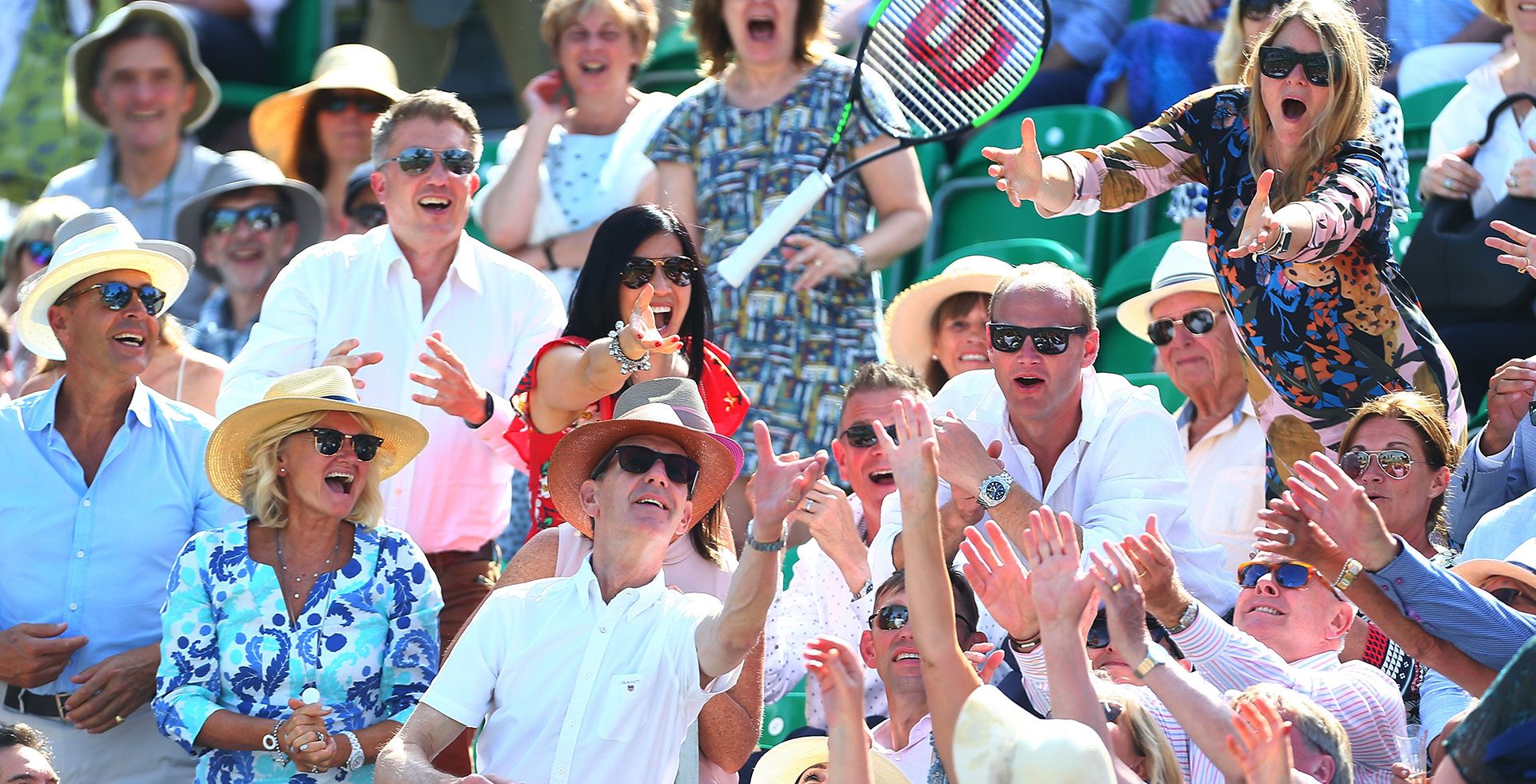 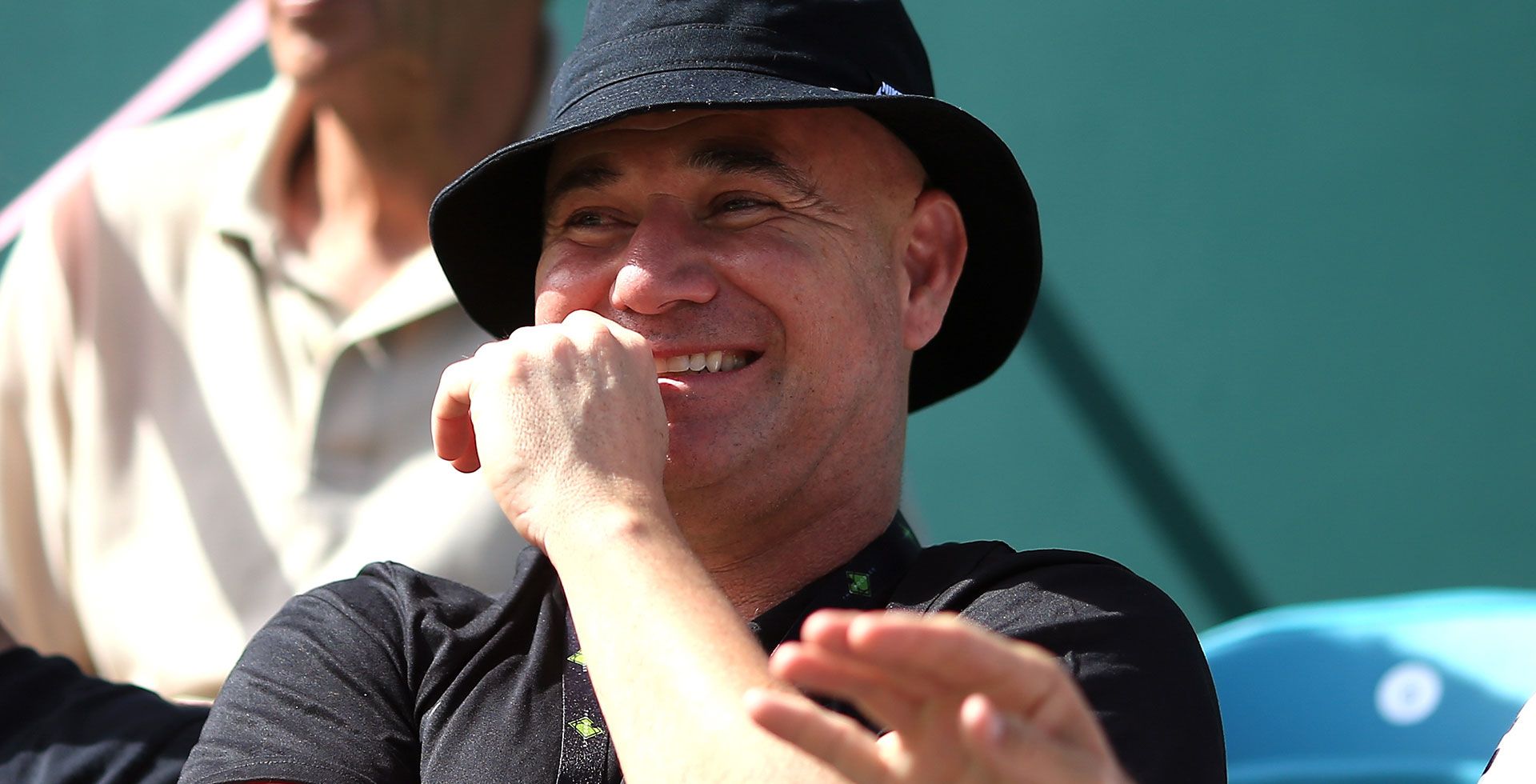 Fan favourite Grigor Dimitrov made a welcome return to Stoke Park on Friday at The Boodles, with the Bulgarian being joined by 2010 Wimbledon finalist Tomas Berdych and current World No.9 Karen Khachanov in yet another stellar line-up on day four of the event.

Former Wimbledon semi-finalist Dimitrov has not lost a match at The Boodles since his debut in 2013, and the Bulgarian continued that theme with a straight sets dismissal of Krajinovic.

In blazing sunshine on the stadium court, with laughs and jokes aplenty, Dimitrov finished the job without requiring a match tiebreak.

“It's getting closer to my first match at Wimbledon, so it's really good to get a match played,” Dimitrov – who faces French qualifier Corentin Moutet in the opening round – said post-match. “I've always been a big fan of playing a lot of points before the tournament begins so you can kind of have a good mindset every day.”

The 28-year-old achieved a career-high ranking of World No. 3 after winning the 2017 ATP Finals, but injury and bad form have seen him drop down to World No.48.

“I'm healthy again – I think that's always the number one thing,” the Bulgarian shared on Friday. “Without that there's no way you can perform at your best, when you're putting your body through the necessary practice on a daily basis.”

Looking ahead to The Championships, where he will be flanked by tennis legend Andre Agassi and recent player Radek Stepanek as his coaches, Dimitrov commented: “There's no point in putting any expectations [on myself] right now considering how this year has been. I've only played 20 matches but I always believe that everything is possible. I've beaten pretty much all the [top] players and I've done an enormous amount of work. And I have great experience on the court, so it doesn't matter who I play – I know I have a chance.”

Krajinovic, who has contested two consecutive days at Stoke Park, was pleased with his preparation for next week's big event.

“It's been a good experience, good two matches before Wimbledon,” he said. “Today Grigor was better than me, but it's a good progression. I'm actually working on my serve, and it's getting better and better. It's going to be key in Wimbledon – you have to serve well. In these matches, like today and yesterday, I was thinking about that, and everything's going well so far.”

A David versus Goliath showdown saw David/Diego produce an upset, with Schwartzman showing off his ever-improving form against World No.9 Karen Khachanov. In an entertaining duel, the Argentine – standing at 5'7” – hung with his 6'6” opponent from the baseline, and executed a sharp drop-volley to secure victory in a tight match.

“Today was a tough match against Karen, so it was a good preparation against him” the World No. 24 reflected.

Of the draw for the coming fortnight at SW19, where he opens against Australia's Matthew Ebden, he added: “I just saw my first match, because I need to go step by step, match by match. I think it's important just to focus on the first match. It's going to be tough – my opponent likes to play on grass. So it's going to be a tough match, and if I play well I think I can be in the second round.”

Having broken into the top ten for the first time after a French Open quarterfinal run, Khachanov is feeling upbeat ahead of competition at Wimbledon.

“I think it's good to play as many sets as possible before Wimbledon where we have to play best of five, so I think they were great matches and Diego was a tough one, he's playing better and better on the grass. And I'm really happy about it. I now have a few days before I start at Wimbledon, and I just need to prepare and go to play.”

“I saw the draw. I have my first round opponent from South Korea, from qualies, one year younger. So for sure, he's going to be a tough and dangerous player. He passed from qualies, he beat all three rounds there. So honestly I didn't see much of him playing, but I need to focus more on my game, and you know, it's a Grand Slam so I will give it my 100%.”

Spaniard Bautista Agut made short work of 33 year-old Berdych with a straight sets win and feels his game is well suited to the faster surfaces.

“I really enjoyed coming here and I think today I felt better on the court and I’m happy to have played two good matches and am getting ready for Wimbledon.  I feel good [on grass courts] I think my flat serve suits the grass, everything is coming lower so I always enjoy going to Wimbledon and playing on those courts.”

The Wimbledon draw has produced a repeat match for the Spaniard but he feels confident in his form going into the fortnight.

“I didn’t look any further than the first round, I know I play Peter Gojowczyk who is a tough opponent from Germany.  We played each other in the third round of Wimbledon a few years ago, but I feel ready and we’ll see how it is.”

Despite the defeat Berdych is happy to be back on court and competing after injury and is excited to be heading back to SW19 after missing the event last year.

“I'm really glad to be here, it’s a beautiful place and playing two matches right before the Championships is always very helpful to me.  I'm feeling well. It's been a tough, tough ride so far, but it’s [injury] a new experience for me so I'm just trying to learn that, as well, after those many years.

“To be honest, really, I'm just seeing Wimbledon right there, because last year I was not able to play Wimbledon which was a very sad moment for me. You know, this year it's right around the corner, so I just want to do all the best I possibly can and just play the game that I love the most, and let's see what's going to happen after and how the schedule is going to look.”